Water splitting is the general term for a chemical reaction in which water is separated into oxygen and hydrogen. Efficient and economical water splitting would be a key technological component of a hydrogen economy. Using electricity produced by photovoltaic or photocatalyst systems potentially offers the cleanest way to produce hydrogen. Water is broken down into hydrogen and oxygen by electrolysis, but the electrical energy is obtained by a photoelectrochemical cell (PEC) process. The system is also named artificial photosynthesis. We have developed many types of PEC cells which consists of photoanode or photocathode and counter electrode. We develop metal oxides like ZnO, TiO2, WO3 as scaffold materials for photoanode, while BiVO4, CdS, CdSe are used to modify the surface of metal oxide scaffold. We study charge transfer mechanism, doping analysis and co-catalysts to improve performance of the photoanode as well. Also, we study CIGS and p-Si for photocahotde with non-noble metal co-catalyst, Ni-Mo. Now, we are focusing on tandem PEC system that utilizes photoanode and photocathode simultaneously to operate solar water splitting with zero external bias.

Photoelectrochemical CO2 conversion has many pathways and needs multi-electron transfer as follows.

During these multi-electron transfer, CO2 and intermediate states are should be attached on the surface. Hence, we control the surface chemistry of catalyst for high hydrocarbon selectivity. Metal cocatalysts like Au, Ag, Zn, Ni, Cu have different hydrogen overpotential, CO2•- overpotential, CO adsorption and these differences determine selectivity of catalysts. Now we compare CO2 conversion productivity and selectivity of cocatalysts combined with photocathode.

For more efficient usage, solar energy should be converted into storable energy, such as chemical energy in solar fuels. Photo-electrolysis combined with photovoltaic (PV) cell has received great attention as an efficient non-biased water splitting system for solar fuel conversion. Our group has developed efficient PV cell module and catalyst, and connected them for solar fuel conversion. Thin-film PV cells with tandem/series configuration could supply high photo-voltage to catalytic electrode. On the electrode, earth-abundant but effective catalyst had deposited, helping electron transferred between electrode and electrolyte for water splitting reaction. Not only improving efficiency higher, various PV-electrolysis designs have been studied for practical usage, such as wireless, monolithic and floatable PV-electrolysis. 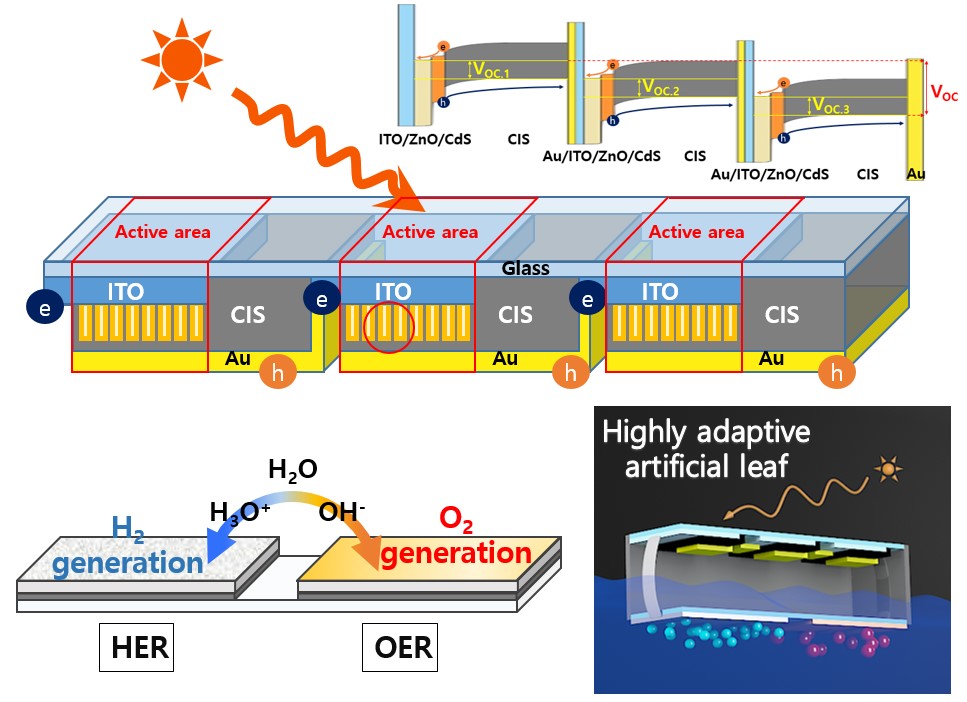